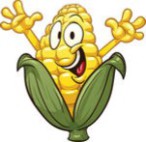 We're back for 2022!
Windsor Corn Festival & Tractor Show!
We'll keep you posted here and on our Windsor Partnership Facebook page.

Thanks to all who attended the Corn Fest & Tractor shows in the past!

The 2017 inaugural festival was a huge success thanks to so many who had a part in making it happen.
Special thanks to our major sponsor, Mirabito, for their generous support!

We are also grateful to Jim Miller and Miller Farms for bringing a calf for petting which was a big hit for many families and also their support of the Corn Husking competition.  Ronda Krom was very excited to win the adult division earning a Subway gift card and of course, the corn she husked!  Eric Miller won the 17 and under division earning a box of Orville Redenbacher microwave popcorn and a Subway gift card.

Jonathan Stoeckle from Jonny's Woodwork, was not only a vendor, but the Sponsor of our Corn Hole Tournament.  We had hoped for more teams, so get in practice for next year.  First place went to the Team Nobody consisting of Mike McKensie and Ralph Jennings and second place was the Macumber's consisting of Brandon and Corkey Macumber.  Both teams received monetary prizes based upon the registration fees.

Virginia Phillips could be heard whooping over the crowd when she learned she had won First Place award of $250 in the Third Annual Duck Race.  That sweet thing had been turning out cotton candy most of the day for the crowds along with Bev Foster-Bills, so she was well-deserving of the victory.

Carolyn DePaulo from Deposit was thrilled to get the call she won the second-place prize of $100 and Lisa Bennett was shocked to learn she had won the $50 third prize since she did not even know an anonymous benefactor had purchased the ticket on her behalf.  What a wonderful example of the kind of community we live in!  Pastor Doug Clark's duck came in last place, but he walked away with $25.

It was quite a sight watching Ken Wiley, the Windsor Partner's President, Ken's son who volunteered all day not only with the Duck Race but helping with the Tractor Show and running errands, Tim Bates, a Windsor Town Councilman as well as a member of the Windsor Partnership, and Maureen, the Windsor Standard photographer chasing ducks downstream.

No last name, but Alanni guessed 1000 candy corn coming closest to the actual amount of 997.  Her dentist is gonna love that!  It was amazing the different guesses – anywhere from 100 to 10,000.

All of the food vendors were overwhelmed with the turnout and were sorry they ran out of food early on.  Now that we have a better idea of what to expect, we'll try to be better prepared next year.  With all said and done, the various vendors were well-pleased with the support from the attendees.

For many, the tractors were the hit of the show.  We know and appreciate the time and effort it took for anyone who brought one or more tractors to the event.  We hope you enjoyed the day and you will join us again next year.

No festival would be complete without entertainment and we had the privilege of sharing the talents of both “The Stoutmen” and “Habit Formin" with our friends and neighbors.  Thank you to both bands for your contribution to the festival's success.  You rock!

The Windsor Partners extends a sincere thank you to all of the volunteers who helped plan the day and gave willingly of their time and energy before, during and after the event.  We will definitely need more volunteers going forward so contact us at windsorpartners.org to sign up.

One of the measures of success for any festival is the attendance and we want to thank the Windsor Standard, Country Courier, the Deposit Courier and the Hancock Herald, as well as several other newspapers, radios and television stations for publishing all of our press releases and promoting our event.  Lastly, but certainly not least, thank you to all of the attendees who came to support our efforts, our vendors, our tractor exhibitors, and especially for all your donations to Human Development.  The many families in need in our community thank you sincerely.

May God Bless You All!